The Haight-Ashbury is a district within the city of San Francisco, California, centred in Haight Street and also including Ashbury Street.

In the late 1950s, it became known as an affordable place of residence for those wanting to be involved in the social scene of the literary movement known as The Beat Generation, which was primarily based in a more expensive area of the city called North Beach.

In the mid-1960s, a counterculture scene alienated from politics and at odds with mainstream American lifestyles developed around Haight-Ashbury. It included musical performance elements such as psychedelic rock, and artistic elements such as psychedelic poster-art and Beat poetry, as well as the widespread sale and consumption of the hallucinogenic drug LSD, a free love ideology characterised by sexual promiscuity, and elements of eastern spiritualism such as Hare Krishna and Vedanta.

A local anarchist group called the Diggers promoted freedom and organised street theatre performances starting at this time. Poet and playwright Michael McClure (1932-2020) exemplified the continuing presence of the Beat Generation in the area, and was one of the leading figures promoting the counter-culture at the time. Bands prominent in the scene included The Grateful Dead, Salvation, Jefferson Airplane, Quicksilver Messenger Service, Big Brother and the Holding Company (featuring singer Janis Joplin), and The Charlatans (US). 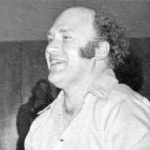 Another leader of the local counterculture scene centred in Haight-Ashbury was artist Michael Bowen (1937-2009), who joined forces with poet Allen Cohen to found underground newspaper the San Francisco Oracle as a mouthpiece for its ideology. Together, Bowen and Cohen organised the Love Pageant Rally, a protest rally against a new state law criminalising the sale and possession of LSD in California, which came into effect in 1966. Bowen also organised a follow-up event called the Human Be-In, an event which was held early in 1967 in San Francisco’s Golden Gate Park Polo Fields and made way later for the iconic Summer of Love.

The novelist Ken Kesey (1935-2001), author of One Flew Over the Cuckoo’s Nest, a book about the conditions experienced at a United States psychiatric hospital that was subsequently adapted into a famous film, formed a communally-living art collective called The Merry Pranksters. The Pranksters, under Kesey’s leadership, held a succession of public LSD parties chiefly in San Francisco and Los Angeles, which they called Acid Tests. These parties were an influential part of the counter-cultural scene in San Francisco as a whole, although the Pranksters were mainly based at Kesey’s home just to the south of the city.

In August 1967, the apparently unrelated murders of two of the Haight-Ashbury area’s drug dealers, John Kent Carter and William E. Thomas, in close succession, took a toll on the sense of solidarity within the counterculture movement. This combined with a sense that too many tourists from outside the neighbourhood had been diluting its spirit, leading to many of the original participants abandoning the area and the rapid decline and dissolution of the scene from 1968 onwards.